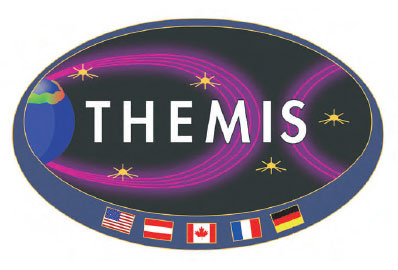 It was a clear Florida day on February 17th, 2007, the sun was setting, the winds calm and the sky clear. Crowds were gathered at the Cape Canaveral Air Force and at Jetty Park in Cocoa Beach.
After several launch delays and years of design, fabrication and testing from UC Berkeley to the Jet Propulsion Lab, to Swales and Astrotech, launch day was actually here. The countdown was proceeding, 3, 2, 1 Liftoff….


The crowds on the beach were cheering and one of scientists was even tracking data from the satellite live during the ascent. Within about 2 hours, mission operators at the Space Sciences Laboratory (SSL) of the University of California, Berkeley, commanded and received signals from all five spacecraft, confirming nominal separation status.

On May 19, 2008 the Space Sciences Laboratory (SSL) at Berkeley announced NASA had extended the THEMIS mission to the year 2012. NASA officially approved the movement of THEMIS B and C into lunar orbit under the mission name ARTEMIS (Acceleration, Reconnection, Turbulence and Electrodynamics of the Moon’s Interaction with the Sun).
The five satellites continue to operate and gather data.