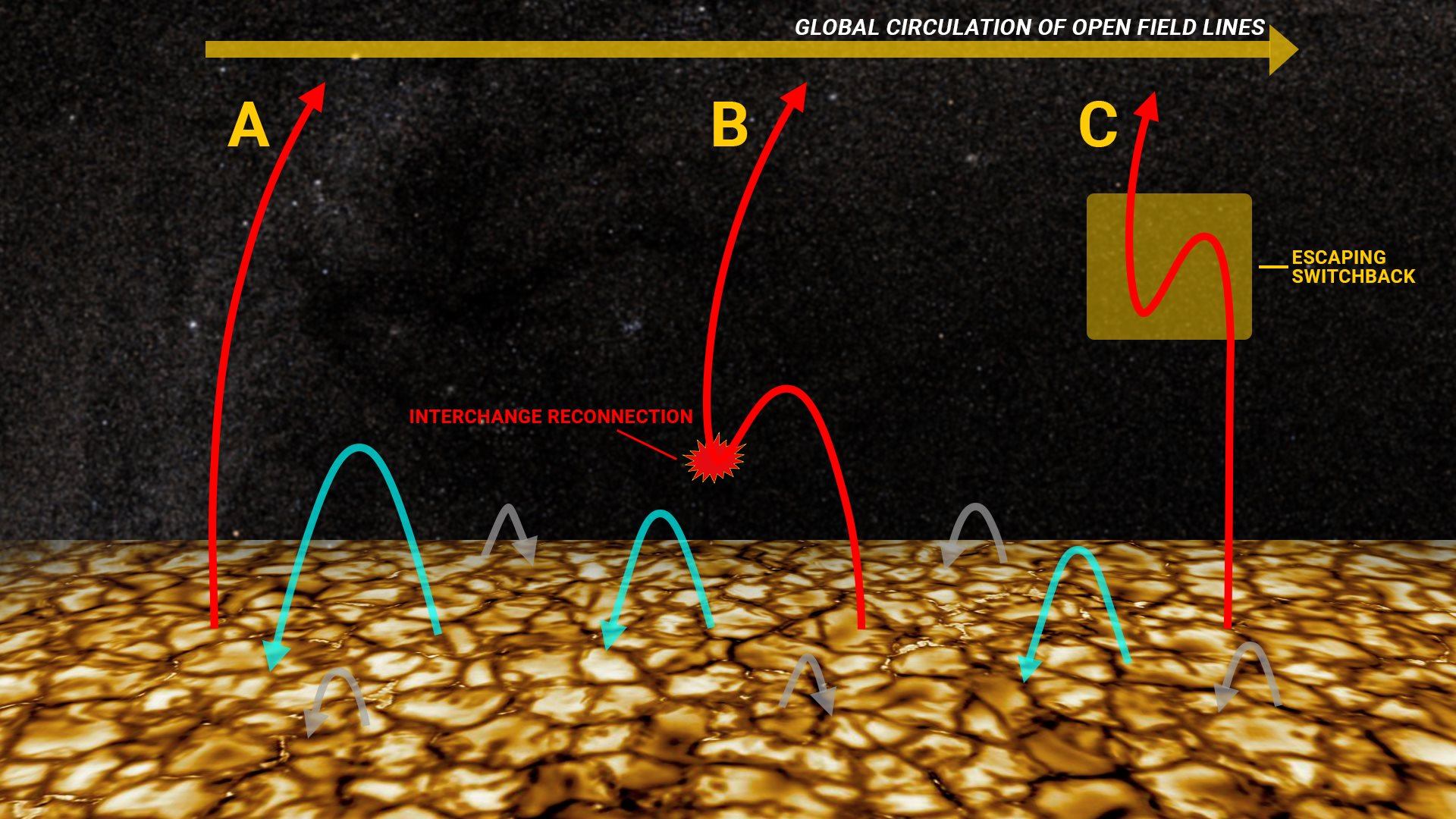 A new paper suggests sudden magnetic “switchbacks” in the solar wind — observed by Parker Solar Probe during its November 2018 solar flyby — are tied to a theory first proposed more than two decades ago about how the Sun’s magnetic field migrates. https://go.nasa.gov/2Si1lnM

This interchange reconnection also drags the open magnetic field line across the solar surface, meaning that the Sun’s magnetic field can move east to west faster than solar rotation alone explains. This aligns with observations made during Parker Solar Probe’s first solar encounters: the larger than expected “sideways” motion of solar wind near the Sun. This, the authors suggest, is the expression of the plasma’s and magnetic field’s flow pattern deeper in the solar corona.