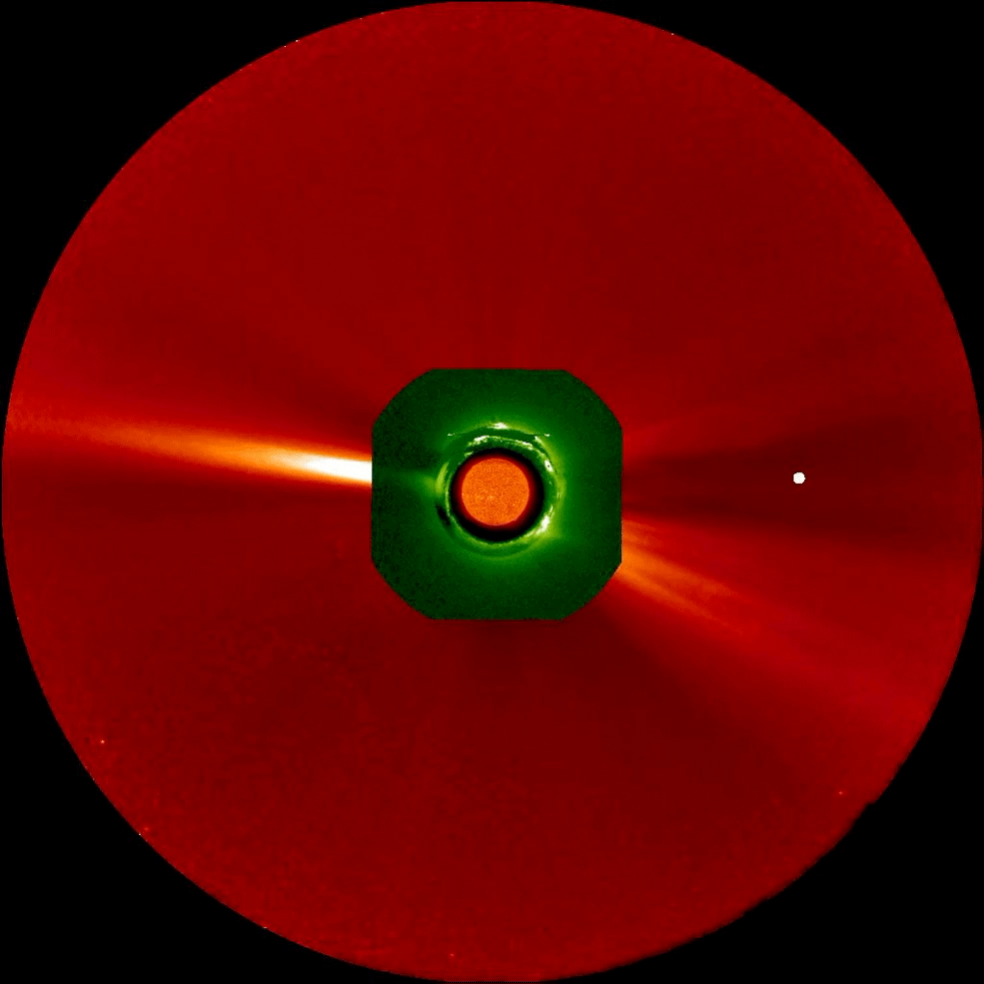 Weeks after Parker Solar Probe made the closest-ever approach to a star, the science data from the first solar encounter is just making its way into the hands of the mission’s scientists. It’s a moment many in the field have been anticipating for years, thinking about what they’ll do with such never-before-seen data, which has the potential to shed new light on the physics of our star, the Sun. Read about what scientists hope to learn from the mission: https://go.nasa.gov/2EspRgQ

This image from Parker Solar Probe’s WISPR (Wide-field Imager for Solar Probe) instrument shows a coronal streamer, seen over the east limb of the Sun on Nov. 8, 2018, at 1:12 a.m. EST. Coronal streamers are structures of solar material within the Sun’s atmosphere, the corona, that usually overlie regions of increased solar activity. The fine structure of the streamer is very clear, with at least two rays visible. Parker Solar Probe was about 16.9 million miles from the Sun’s surface when this image was taken. The bright object near the center of the image is Jupiter, and the dark spots are a result of background correction.

There goes the fastest, hottest mission under the Sun! ☀️?

This video made with images from the APL-designed-and-built Solar and Terrestrial Relations Observatory Ahead (#STEREO-A) spacecraft, shows the location of the #ParkerSolarProbe (also designed and built by #JHUAPL) as it flies through the Sun’s outer atmosphere during its first solar encounter phase in November 2018. (Credit: #NASA/STEREO)