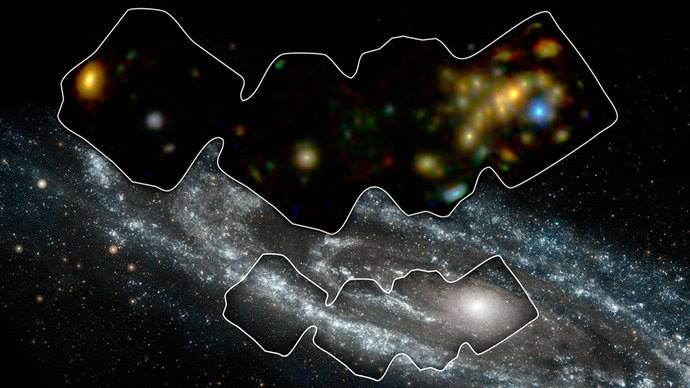 NASA’s Nuclear Spectroscopic Telescope Array, or NuSTAR, has captured the best high-energy X-ray view yet of a portion of our nearest large, neighboring galaxy, Andromeda. The space mission has observed 40 “X-ray binaries” — intense sources of X-rays comprised of a black hole or neutron star that feeds off a stellar companion.
The results will ultimately help researchers better understand the role of X-ray binaries in the evolution of our universe. According to astronomers, these energetic objects may play a critical role in heating the intergalactic bath of gas in which the very first galaxies formed.
“Andromeda is the only large spiral galaxy where we can see individual X-ray binaries and study them in detail in an environment like our own,” said Daniel Wik of NASA Goddard Space Flight Center in Greenbelt, Maryland, who presented the results at the 227th meeting of American Astronomical Society in Kissimmee, Florida. “We can then use this information to deduce what’s going on in more distant galaxies, which are harder to see.”
The complete article courtesy of NuSTAR/Caltech