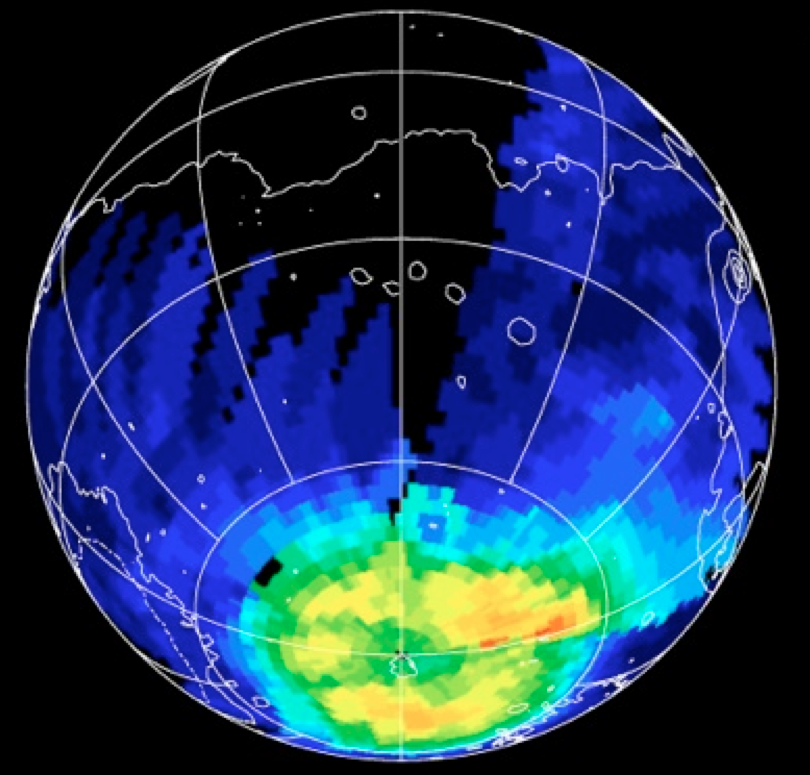 NASA Reports MAVEN Mission’s First Look at Mars
The ‪#‎MAVEN‬ spacecraft has provided scientists their first look at a storm of energetic solar particles at ‪#‎Mars‬, produced unprecedented ultraviolet images of the tenuous oxygen, hydrogen, and carbon coronas surrounding the Red Planet, and yielded a comprehensive map of highly-variable ozone in the atmosphere underlying the coronas.
The spacecraft, which entered Mars’ orbit Sept. 21, now is lowering its orbit and testing its instruments. MAVEN was launched to Mars in November 2013, to help solve the mystery of how the Red Planet lost most of its atmosphere.