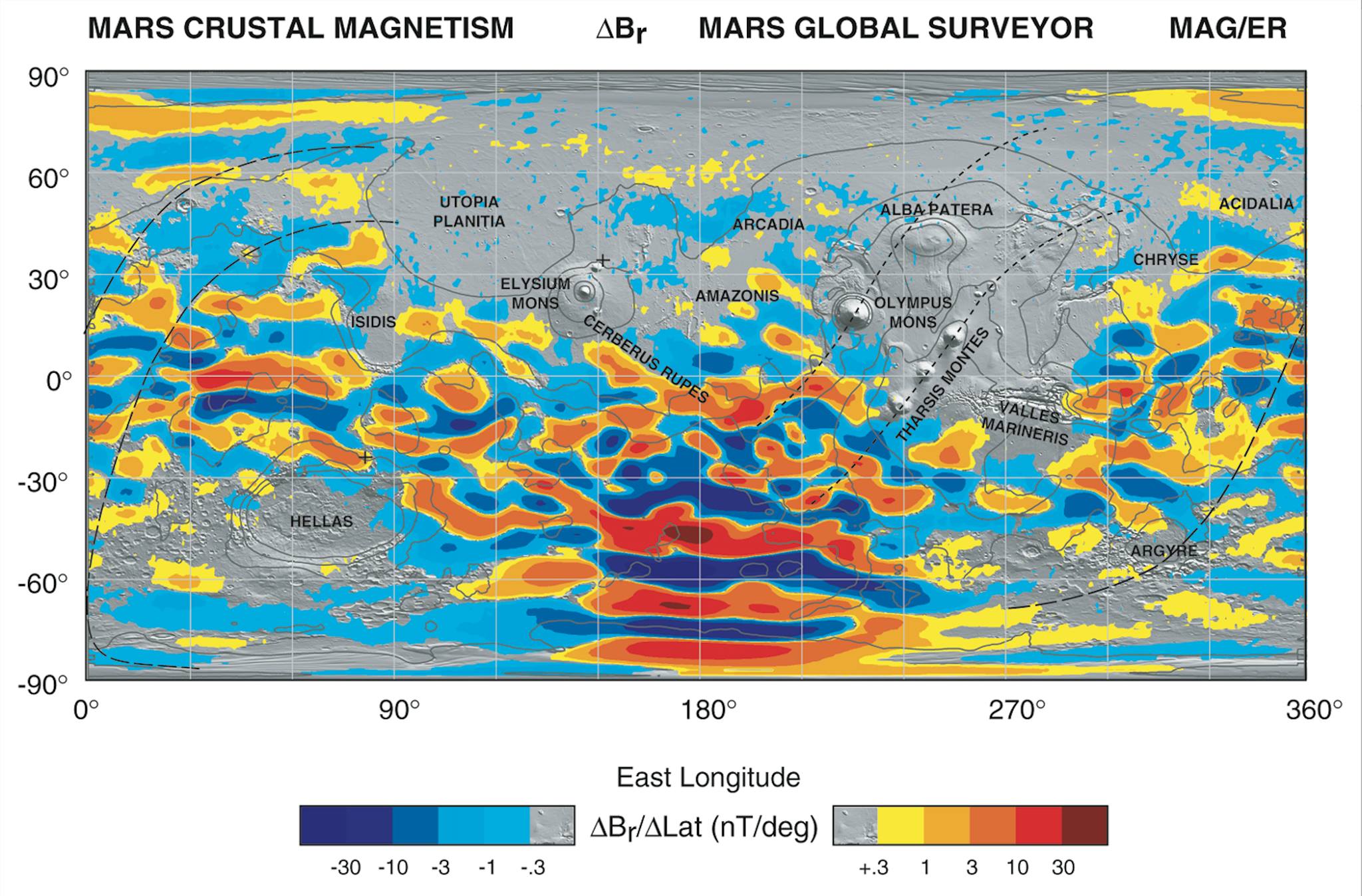 The MAVEN spacecraft aerobraking campaign continues to follow a schedule that will meet the goal of reaching an apoapsis altitude of 4,500 km by the end of April.

Planetary atmospheres are constantly bombarded by energy and radiation from the Sun, and over time this energy input can strip away an atmosphere to space. This process has been particularly devastating at Mars, where the loss of most of its original atmosphere has left the planet cold and desolate.

These magnetic fields are able to shield Mars’ atmosphere on a small scale but are susceptible to changes in the strength of solar activity. MAVEN scientists have demonstrated that during these periods of increased solar output, the magnetic pockets across Mars are compressed to a smaller size, leaving the planet’s atmosphere more exposed and more likely to escape to space.