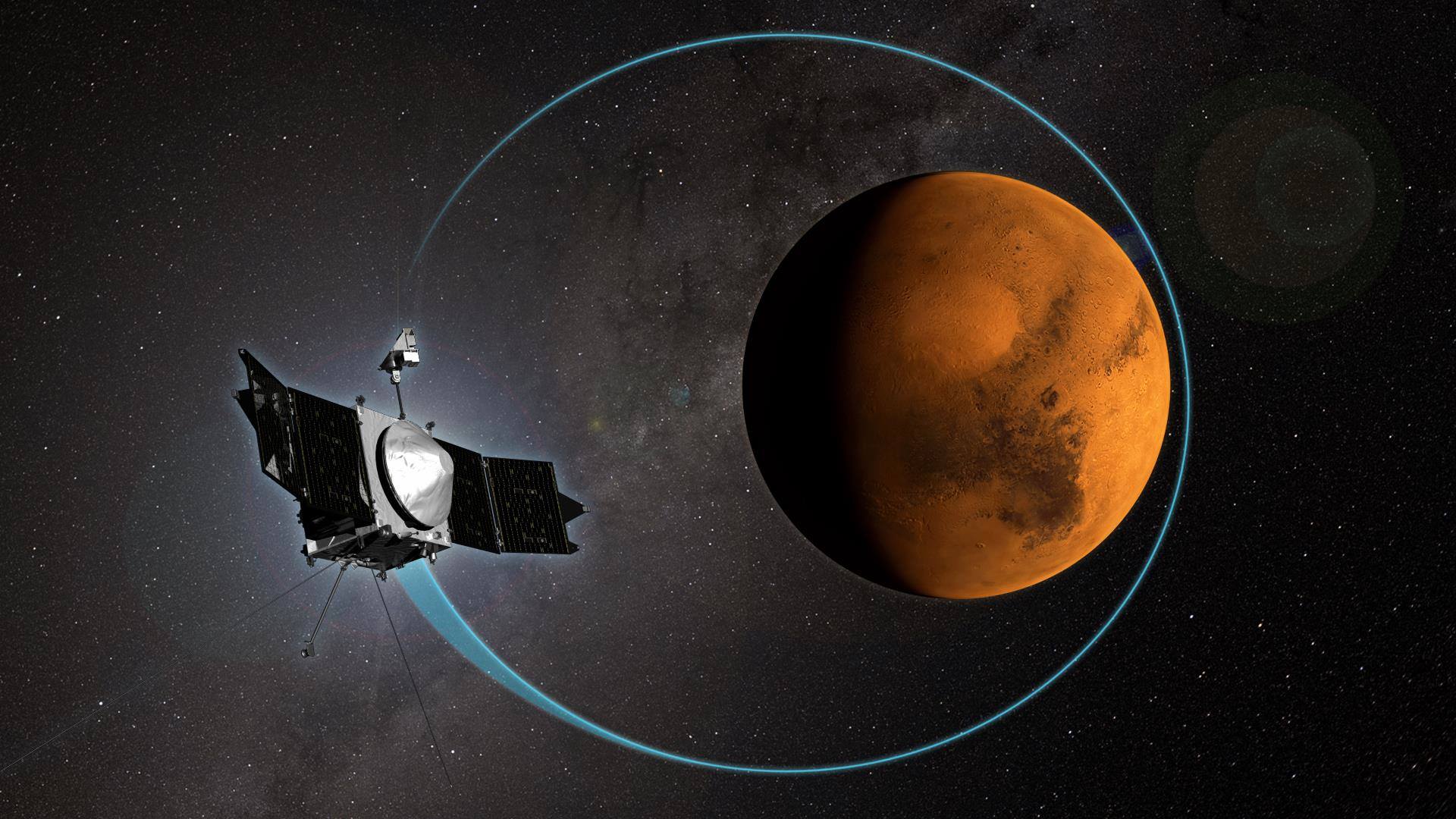 MAVEN completed 1,000 orbits around the Red Planet on April 6, 2015, four-and-a-half months into its one-year primary mission.
MAVEN is in its science-mapping orbit and has been taking data since the start of its primary mission on Nov. 16, 2014. The furthest point (apoapsis) in the spacecraft’s elliptical orbit has been 6,500 kilometers (4,039 miles) and the closest (periapsis) 130 kilometers (81 miles) above the ‪#‎Martian‬surface.