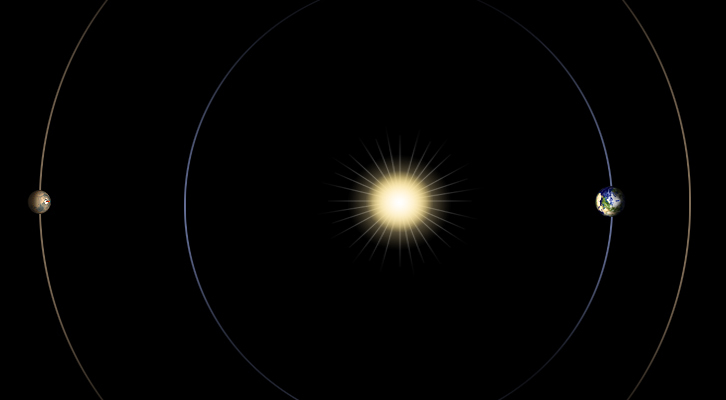 Every day for over two decades, the U.S. has had a presence at Mars, using spacecraft to understand this extreme world and its potential as a past or present habitat for life.

During that time, all spacecraft have become virtually incommunicado for about two weeks every two years. The reason is solar conjunction.

Solar conjunction is the period when Earth and Mars, in their eternal march around the Sun, are obscured from each other by the fiery orb of the Sun itself. Like dancers on either side of a huge bonfire, the two planets are temporarily invisible to each other.

The solar conjunction moratorium on commanding all Mars spacecraft is between Aug. 28 and Sept. 7, 2019, when Mars is within 2 degrees of the Sun.

Mission controllers at NASA’s Jet Propulsion Laboratory respond in a variety of ways. They turn off some instruments. They collect data from others and store it. In some cases, they continue sending data to Earth, knowing that some data will be lost. Whether they get a break from everyday operations depends on what mission they’re supporting.

While that may seem risky, automatic pilot has come a long way. Engineers have become skilled at letting spacecraft be on their own. Like parents who raise youngsters to be responsible and let them go on a short vacation with their friends, they’ve done all they can to ensure the voyagers will be healthy and safe. Before solar conjunction, the mission team sends up any necessary commands. Many then consider it an opportune time to take a few, well-deserved vacation days.