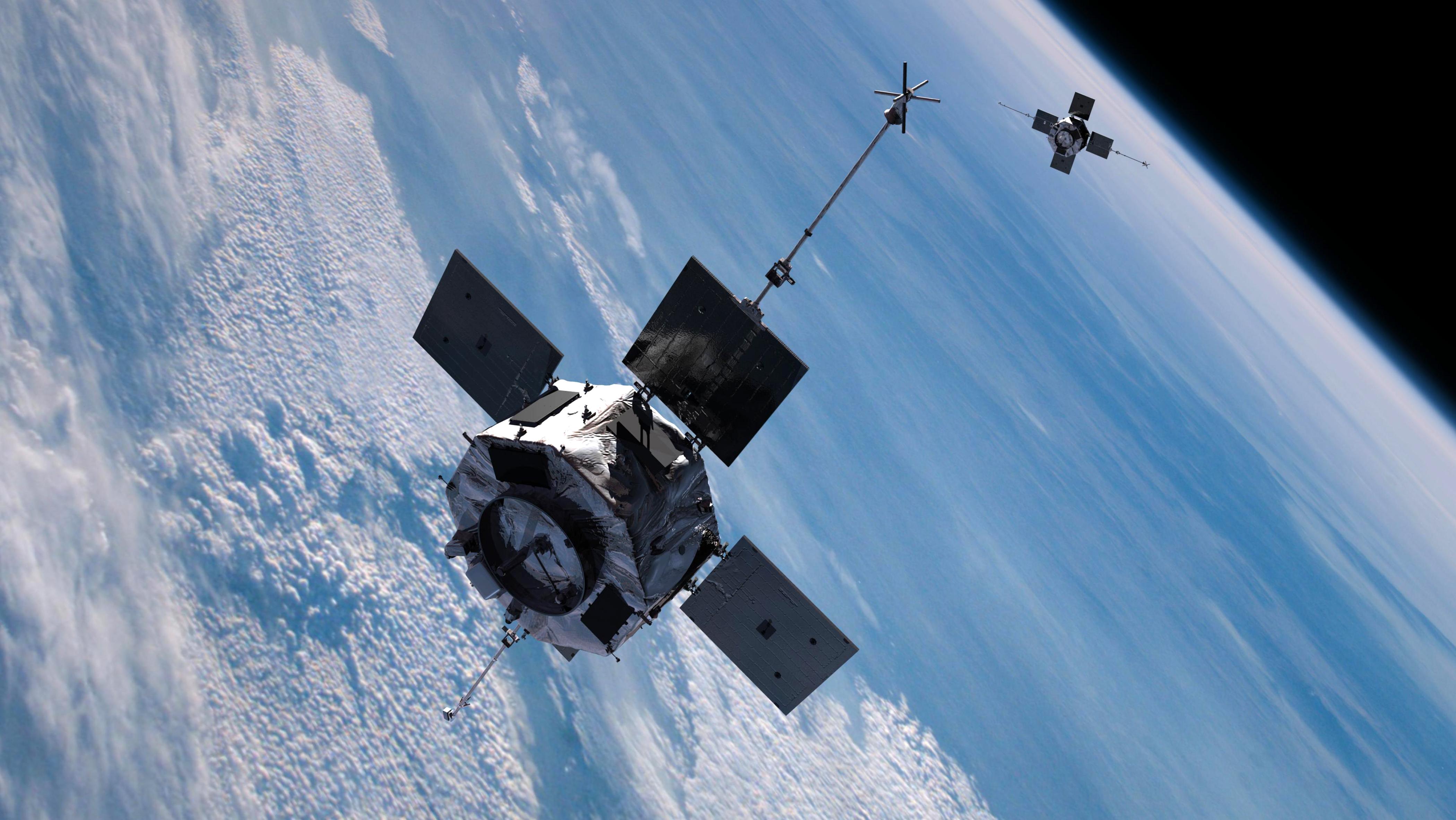 On July 19, 2019, at 1:27 p.m. EDT, mission operators sent a shutdown command to one of two Van Allen Probes spacecraft, known as spacecraft B, from the Johns Hopkins University Applied Physics Lab, or APL, in Laurel, Maryland.

As expected, following final de-orbit maneuvers in February of this year, the spacecraft has used its remaining propellant to keep its solar panels pointed at the Sun and is now out of fuel. Since it depends on the Sun to provide power to the instruments, and can no longer orient itself to acquire power, the spacecraft has been turned off. The spacecraft is in a stable, circular orbit around Earth and, in about 15 years, will re-enter the atmosphere and burn up safely. The de-orbit maneuvers in February were designed to ensure this would happen and prevent the spacecraft from becoming “space junk” in orbit.

The other Van Allen Probes spacecraft, spacecraft A, is expected to operate normally until early September.

Originally slated for a two-year mission, the Van Allen Probes launched on Aug. 30, 2012, and have gathered unprecedented data on Earth’s two radiation belts — named for scientist James Van Allen — for nearly seven years. The Van Allen Probes were the first spacecraft designed to operate and gather scientific data for many years within the belts, a region around our planet that most spacecraft and astronaut missions try to minimize time in to avoid the damaging radiation. Before the Van Allen Probes, the most recent radiation belt-focused mission was the Combined Release and Radiation Effects Satellite, or CRRES, mission that operated from July 1990 to October 1991.

The mission has made several major discoveries about how the radiation belts operate, including data showing, for the first time, the existence of a third radiation belt.

“Seven years is a very long time,” said Sasha Ukhorskiy, Van Allen Probes project scientist at APL. “People who came onto this mission as students and post-docs are now well into their careers. We’ve raised a new generation of scientists. It’s a great legacy for the Van Allen Probes.”