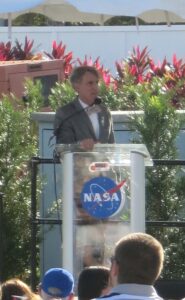 Bill Nye, “The Science Guy” is a guest speaker at the Kennedy Visitor Center on November 17th to discuss MAVEN and its mission to Mars. The spacecraft launched the next day atop an Atlas Centaur rocket and is scheduled for Mars Orbit Insertion, MOI, planned for September 22, 2014 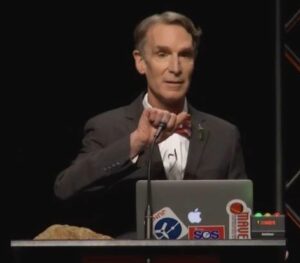 Here is a photo of Bill Nye preparing to debate Ken Ham about evolution vs creationism on February 4, 2014. A closer look shows that Bill’s laptop proudly displays the MAVEN mission sticker. In the opposite corner is the JUNO mission sticker.