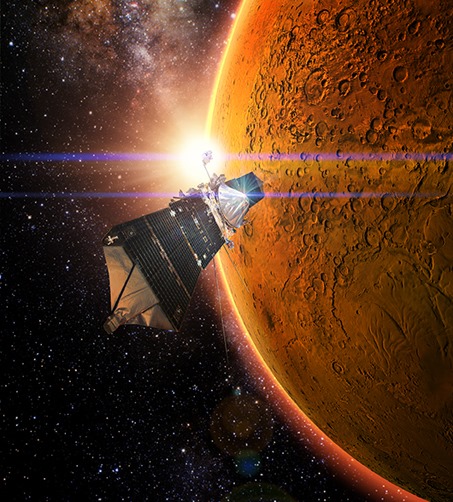 MAVEN has exited Mars solar conjunction—when the Sun is almost directly between Earth and Mars—and returned to conducting normal science operations. The orbit of the spacecraft was trimmed (with a ∆V of 1.8 m/sec.) on Sept. 11. The resulting periapsis (lowest) altitude of the spacecraft is now 164 km above the surface of Mars and the apoapsis altitude is now 4,478 km.

MAVEN has been in orbit at Mars for 5 years 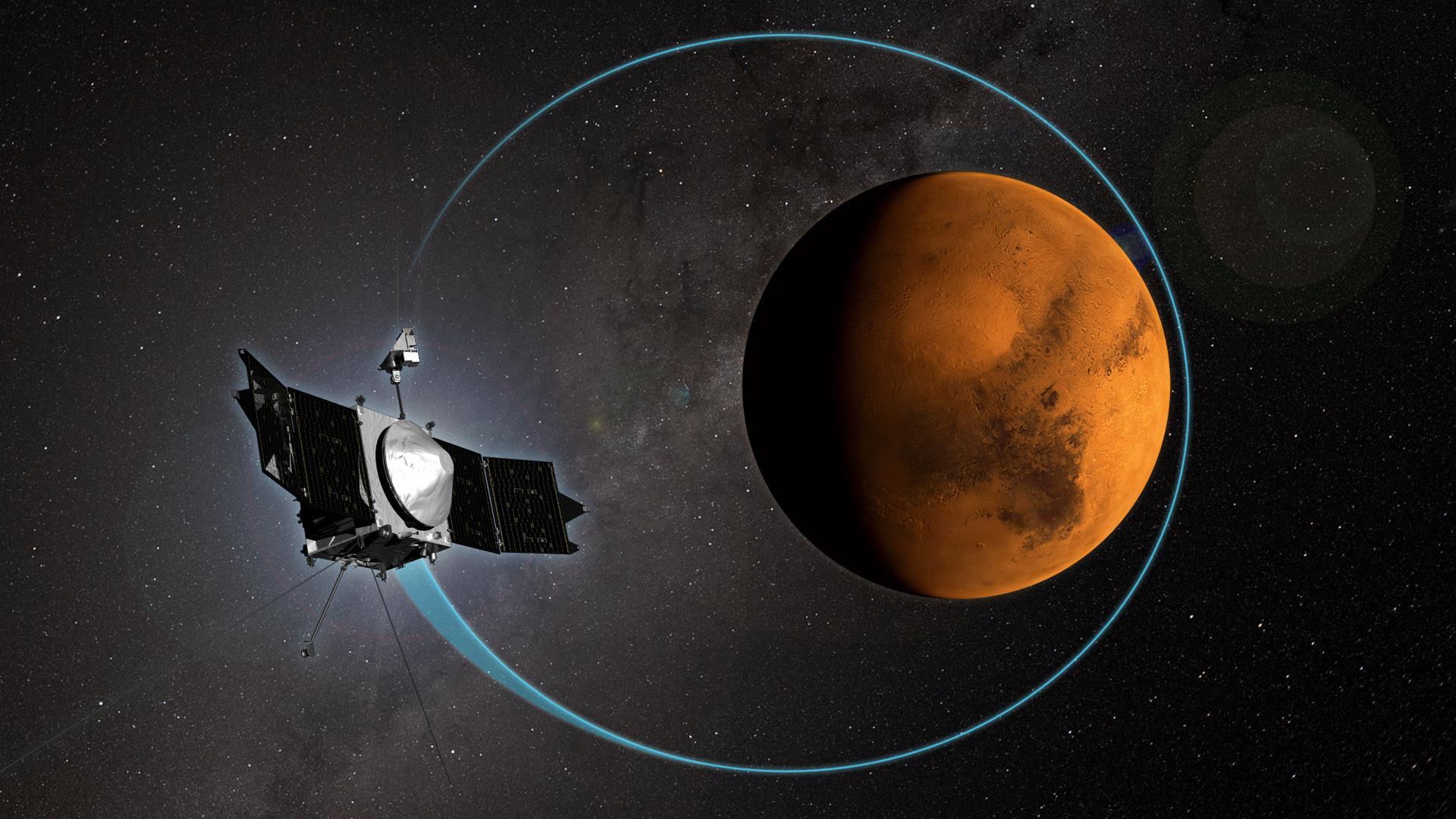 After a 10-month journey from Earth, the MAVEN spacecraft entered Mars orbit on September 21, 2014. The mission—originally planned to gather data for one-Earth-year—continues to provide unique insight into the history of #Mars‘ atmosphere and climate, liquid water, and planetary habitability.

It is a tremendous credit to the entire MAVEN team that the instruments and spacecraft continue to operate well and that the science continues to provide exciting results related to the #Martian upper atmosphere, ionosphere, and interactions with the Sun and solar wind.

Congratulations to the entire extended MAVEN team on achieving this significant milestone in the mission!