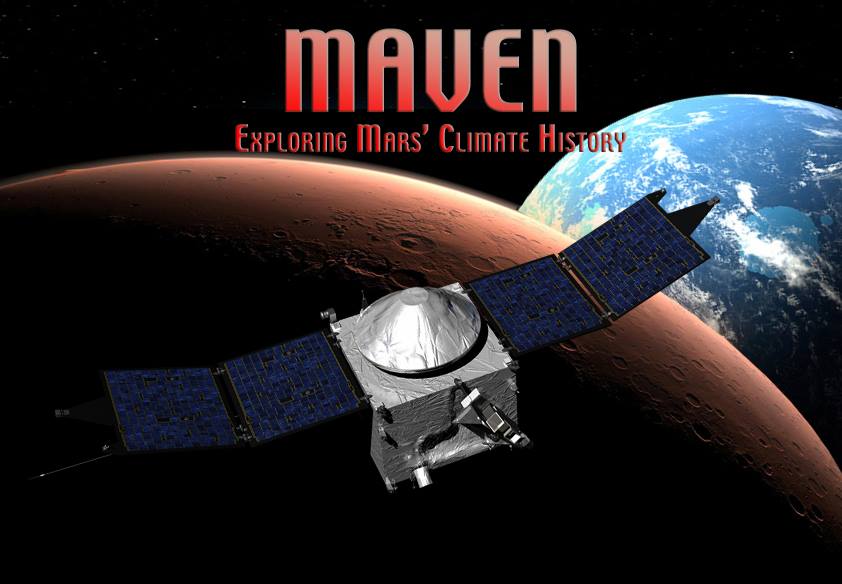 The 2014 American Geophysical Union (AGU) Public Lecture will be held this Sunday, December 14th from 12 – 1 p.m. (PST) in the Marriott Marquis on 4th and Mission St. The focus of the lecture will be on the MAVEN mission and the speakers will include MAVEN Principal Investigator, Bruce Jakosky, MAVEN Deputy Project Manager at NASA Goddard, Sandra Cauffman, and MAVEN Interdisciplinary Scientist, Roger Yelle from the The University of Arizona.

At the Public Lecture, the panelists will discuss the mission science concept, science observations made during the cruise to get there, observations of Comet Siding Spring, and early observations of the Mars upper atmosphere. They will also go into detail about how the spacecraft was developed and launched, and the day-to-day operations as it orbits ‪#‎Mars‬.
If you’re in San Francisco or will be for the 2014 AGU Fall Meeting, hop on a cable car and head over to the Marriott Marquis for this year’s public lecture.
For more information, visit: